As the world continues to grapple with a severe global chip shortage, the pressure on semiconductor manufacturers and their suppliers remains high. For Shimazu Kinzoku, being able to deliver reliable heating solutions to the industry has never been more essential.

Shimazu Kinzoku is one of Japan’s leading manufacturers of electric furnaces and heaters. Today it produces a wide variety of different tube furnaces for a range of industries, however their biggest market is semiconductor manufacturing equipment.

“It’s a very busy industry just now, and many customers are experiencing problems meeting demand,” says Toshihiko Otsuka, President and CEO, Shimazu Kinzoku. “It has always been important to them that our tube furnaces deliver high performance and reliability – now more so than ever before.” 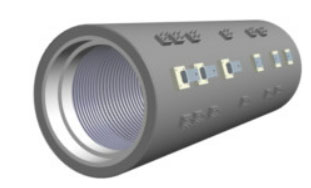 Semiconductor manufacturers typically use Shimazu Kinzoku’s diffusion cassettes in their diffusion tube furnaces, which is one of several vital steps in the manufacturing process. It requires exceptionally precise control at temperatures of up to 1300 C°/44 000 F°, which then need to be applied uniformly to the surface of ultra-thin silicon wafers. Therefore, it is essential that the wire manufacturing technology can deliver a high degree of accuracy and control.

From the very beginning, when Shimazu Kinzoku manufactured the first ever tube furnace in Japan in 1961, it elected to use Kanthal® A-1 wire for its ability to withstand such high temperatures while still providing high precision and uniform heating. Kanthal continues to be a key partner, and now Shimazu Kinzoku uses Kanthal® APM in addition to Kanthal® A-1.

“We have a very long history working together with Kanthal that goes back to our founding in 1958,” says Toshihiko Otsuka. “A few years ago, we took the decision to switch to Kanthal® APM for high temperature applications – like semiconductor manufacturing – because it lasts even longer. In fact, it lasts twice as long as Kanthal® A-1, with less deformation.”

For semiconductor manufacturers this means higher uptime, better productivity yields and long-term stability. And in the current climate, with so many businesses desperately needing their final products, every minute of uptime counts.