The production is running to schedule 24 hours per day without any unexpected down-time.

Grupo T.T.T., in the Bilbao area of Spain, is a group of companies specialized in heat treatment and surface treatment of metals.

One of their plants, Tratamientos Térmicos T.T.T., S. A., is equipped with 15 different furnaces, among them four sealed quench for carbonitriding, four continuous link-belt for smaller parts like nuts and bolts and a further seven furnaces for various processes.

The company is mainly servicing the automotive and general engineering industry. The environmental program for the area promotes the use of electricity and since T.T.T. is also a net producer of electricity, all furnaces except four are electrically heated.

SHORT LIFE ELEMENTS AND TUBES CAUSED PRODUCTION PROBLEMS
The previous heating system used in most furnaces with nickel-chromium tubes and metallic spiral elements in grooved ceramics did not work satisfactory with frequent break-downs and short life. The production process was consequently difﬁ cult to plan because of numerous shut-downs to cool down the furnaces and change tubes and elements.

LONG LIFE AND HIGH POWER
A primary advantage of Tubothal® system with Kanthal® APM tubes is the formation of a cohesive aluminum oxide ﬁlm on both the inner and outer surface of the radiant tube and on the heater material itself, thus Tubothal® elements remain free from contamination by internal scaling of the tube. The adherent alumina ﬁ lm formed on the outside of the tube is an extremely effective barrier against carbon activity and makes the tubes highly resistant to carburization even in cases where free carbon is allowed to accumulate on the tubes. The system is thus ideal for use in heat treatment atmosphere furnaces.

The change over is very uncomplicated. The same tube diameter or closest standard diameter is chosen and Tubothal® heaters are calculated to the same or a higher power. The elements are connected directly on the mains supply and the same regulation system is used.

Since the ﬁrst Tubothal® APM tubes were installed most furnaces have been converted step-by-step to this system. Even the gas heated sealed quench furnaces are equipped with Kanthal® APM radiant tubes.

There are four electrically heated link-belt furnaces at T.T.T. for hardening of nuts and bolts. Each furnace has 12 Tubothal® elements in the first zone rated at 5 kW in vertical position.

After three years of operation, it is quite clear that Tubothal® and Kanthal® APM tubes have solved the problems for T.T.T. The production is running to schedule 24 hours per day without any unexpected down-time for tube- or element breakdowns. The system is also designed for a higher power, which contributes to faster furnaces and higher production. 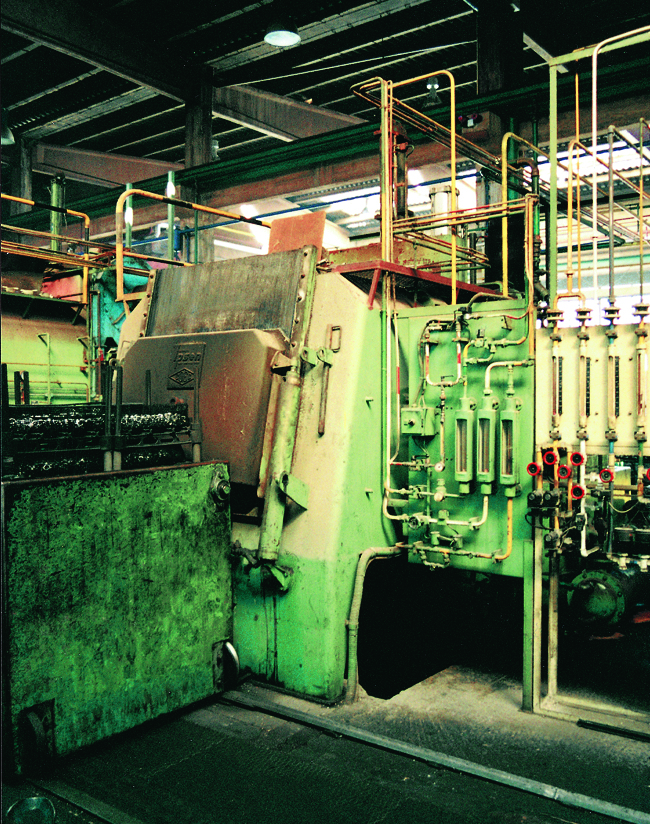 The actual life of the system is not yet possible to calculate, since they are still in operation, but the lifetime so far outperforms nickel-chromium completely.