A better alternative to nickel

Sharp increases in the price of nickel and uncertainty about future supply mean that right now is the perfect opportunity for furnace builders and end-users to explore alternatives to nickel-chromium tubes. Kanthal® APM and Kanthal® APMT for example, can deliver a range of additional benefits.

Prior to Russia’s invasion of Ukraine, nickel prices were already rising steadily in recent years, driven by growing demand for electric cars and lithium-ion batteries. And now, with Russia being the world’s third largest exporter of nickel, sanctions have caused a massive spike in prices. With so much uncertainty about how the situation in Ukraine will play out, along with wide-spread commodity shortages, inflationary pressure and continued growth in electric vehicles, prices are likely to remain unpredictable for some time yet. 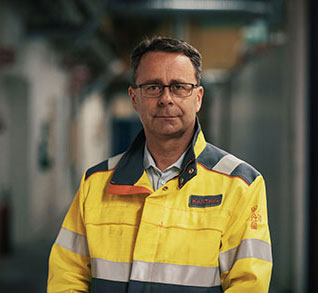 Krister Wickman, Group Product Manager, KanthalThe good news for furnace builders is that there is an alternative to nickel-chromium (NiCr) tubes – namely Kanthal® APM and Kanthal® APMT tubes. “These are produced using a heat resistant alloy based on iron-chromium-aluminum that offers longer life and can operate at higher maximum temperatures,” says Krister Wickman, Global Product Manager, Kanthal. “As such, they can help furnace builders to overcome many of the limitations and disadvantages of using conventional nickel-based alloys.” 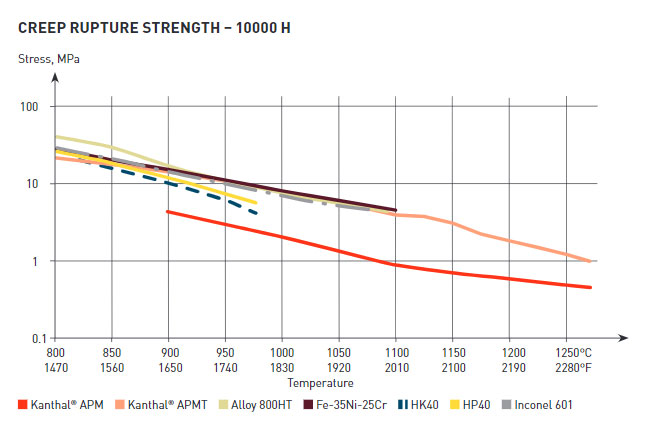 “They have similar strength values but APM and APMT can retain much of their strength at temperatures well above the working temperature of NiCr tubes,” says Krister.

Comparison between nickel-chromium tubes at left and Kanthal® APM tubes after 1000 hours at 1150°C (2100°F). The NiCr tubes are severely contaminated with oxide flakes while Kanthal® APM tubes are clean.When heated, Kanthal® APM and APMT alloys form an aluminum oxide scale that give it a high level of oxidation resistance. It also provides excellent high temperature corrosion resistance to carburization and sulphidation. Unlike the surface oxide on NiCr materials, this protective alumina layer does not catalyze coke formation. Since they’re nickel-free, these tubes are free from the destructive nickel sulphide formation that affects NiCr tubes, thus protecting them from corrosion in highly sulphurous atmospheres. Overall, they remain completely unaffected by the carbon attacks that typically cause NiCr based alloy tubes to degrade and eventually fail.

The result means longer life and less maintenance. Unlike NiCr tubes, Kanthal® APM and APMT tubes do not need to be periodically cleaned inside for scale. Nor do they cause spalling oxide, which can contaminate the furnace and cause short circuits or failure of elements and gas burners.

“In fact, APM and APMT tubes require no maintenance during operation, which means fewer production stoppages,” says Krister. “There is a misconception that Kanthal® APM and APMT tubes are expensive, but with the current price of nickel, they actually cost the same as high-content nickel tubes and the difference to low-content nickel tubes is shrinking. When you factor in APM and APMT’s longer life and trouble free operation, they are actually very cost-effective.”

Kanthal® APM is an Advanced Powder Metallurgical, ferritic iron-chromium-aluminum alloy (FeCrAl alloy) for use at tube temperatures up to 1250°C (2280°F).

Kanthal® APMT has even better hot strength properties and is specifically developed for tubes in horizontal installations with long support distances.