The lifetime has more than doubled with the Kanthal® APM tubes.

The majority of tubes used today in gas heated heat treatment furnaces are of the SER (single ended recuperative) design. The limiting factor for the lifetime in this system is normally the inner tube, which is exposed to a significantly higher temperature than the outer tube. A common material for inner tubes is nickel-chromium.

Koyo Heat Treatment in Osaka is mainly using natural gas for their batch and continuous furnaces. They work as an independent heat treatment company servicing the local automotive and engineering industry.

Ten of their furnaces are of batch universal type about 200 kW each, used for various heat treatment processes, mainly carburizing at 800–900°C (1470–1650°F) in endogas. Originally, these furnaces were equipped with outer tubes of SHC 22 or HK 40 and inner tubes of Inconel 601. The burners are Osaka Gas 4”, type RT-BDT-100A. A severe problem with the nickel-chromium system was that the oxide flakes filled the outer tube to such an extent that the gas circulation was stopped and the lower part of the tubes were overheated.

In order to solve this problem, to increase the furnace power and to improve the lifetime of the tubes, it was decided to change all tubes to Kanthal® APM in all 10 furnaces.

The inner tubes are now loaded at 48 kW/m2 (4,5 kW/ft2), compared to 25 for the Inconel tubes. The recovery time after charging is much shorter, resulting in faster furnaces and higher production. The life of the Kanthal® APM system is about 2.5 years compared to 0.5–1 for the elder system. A primary advantage of the Kanthal® APM tube system is the formation of a cohesive aluminium oxide film on both the inner and outer surface of the tubes, thus the tubes remain free from contamination by internal scaling of the tube. The adherent alumina film formed on the outside of the tube is an extremely effective barrier against carbon activity and makes the tubes highly resistant to carburization even in cases where free carbon is allowed to accumulate on the tubes. The system is thus ideal for use in heat treatment atmosphere furnaces. 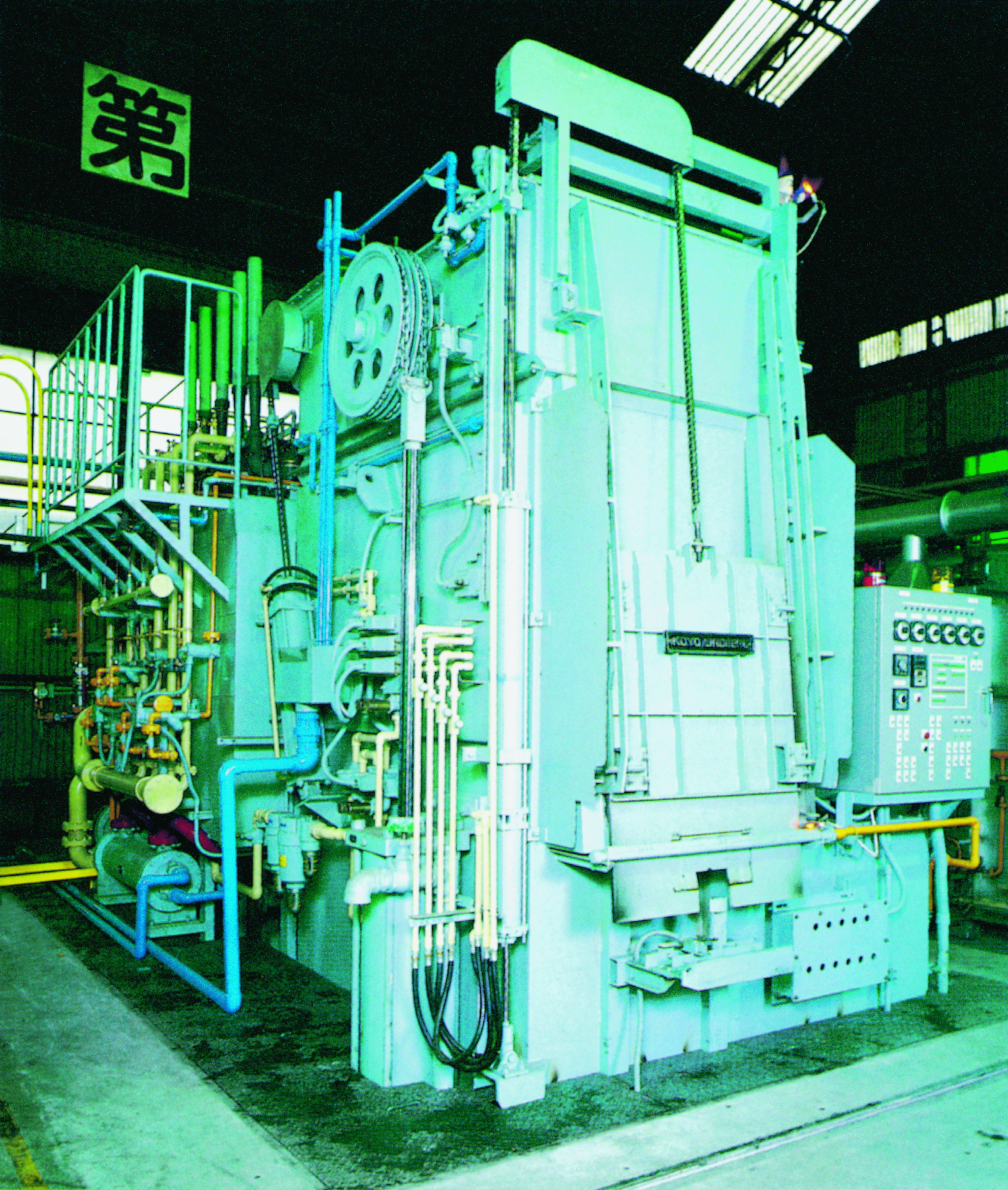 Koyo Heat Treatment are also operating six continuous gas heated furnaces for hardening at up to 850°C (1560°F). Each furnace is rated at 520 kW with 26 4” Osaka Gas burners in horizontally mounted SER systems. The inner tubes are of Inconel 601.

For the moment, a total of 250 Kanthal® APM tubes are in opera-tion at Koyo Heat Treatment in Osaka and more are added as other types are replaced.