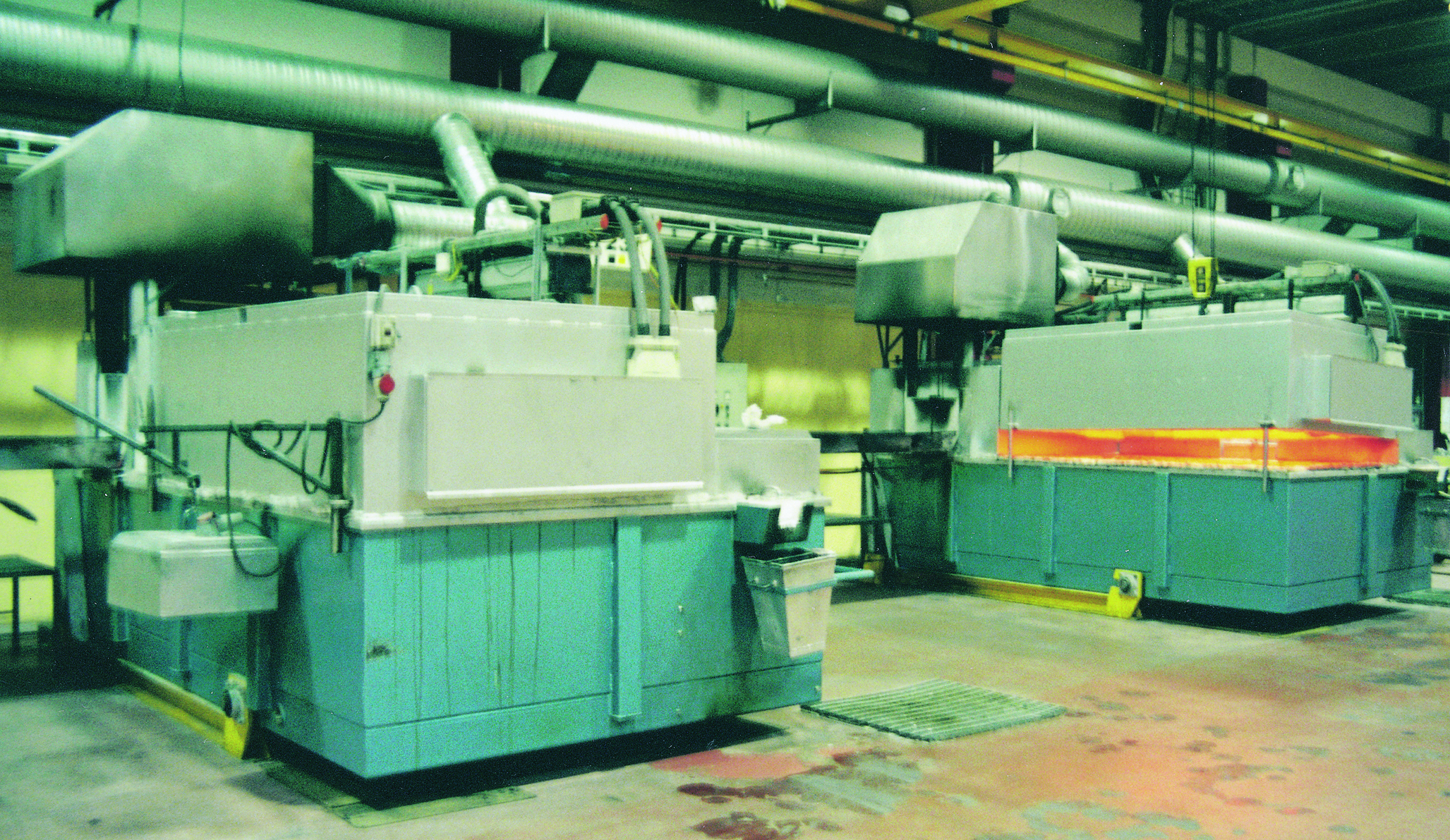 Melting was previously done in crucible and induction furnaces, but before moving to a new factory, it was decided to invest in modern melting furnaces. The objective was to improve product quality, yield and economy.

The melting process takes place in a separate chamber with an open gas burner using propane with a power of 190 kW.

The holding chamber uses overhead heating provided by a Tubothal® – Kanthal® APM radiant tube system. The molten aluminum, with a temperature of 720°C (1330°F), is circulated in the furnace by a pump, thereby speeding up the melting process and improving quality. 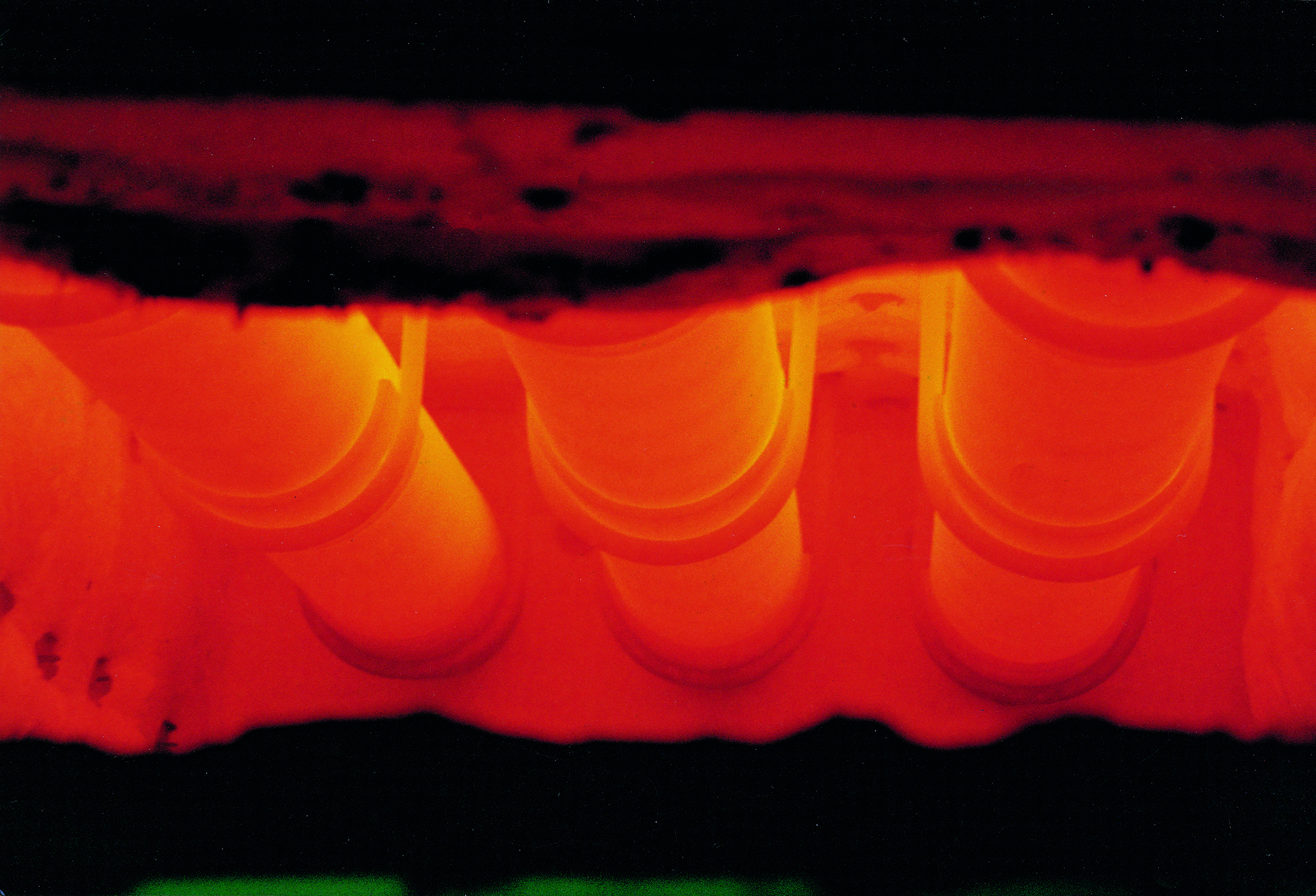 The three Kanthal® APM tubes in the fiber-insulated lid. The tubes are 198 mm (diam.) × 2400 mm (length) (7.8 × 94 in). The hangers and half-shells are made of Kanthal® APM material. Each tube is fitted with a Tubothal® electric heating element.

Tubothal® elements are rated at 48.2 kW each at 220 V, totally 145 kW, designed to connect directly to a mains voltage supply of 380 V. The maximum element temperature is 1100°C (2010°F). The temperature is controlled by thermocouples in the furnace chamber, and also in one of the radiant tubes. The Kanthal® APM tubes have a total length of 2400 mm (94 in) and are supported by hangers and half-shells made from Kanthal® APM material to avoid sagging. The outer tube temperature is 965°C (1770°F) and the loading is 4.1 W/cm2 (26 W/in2).

Today, Tubothal system is used in a vast number of melting and holding furnaces. A primary advantage of these tubes is the formation of a thin cohesive oxide film on both the inner and outer surface. This oxide does not spall off and, consequently, the molten aluminum is not contaminated. The oxide also functions as a barrier against atmospheric attack and prolongs the life of the tubes.

Production runs in three-shifts with production stoppage at weekends. The results so far have exceed expec­tations – the furnaces are very efficient and provide a substantial increase in productivity and economy. Maintenance has been minimized to the regular cleaning of slag. Tubothal® system shows no sign of ageing and could have a lifetime of several years.