The lifetime of all individual tubes was recorded.

Reliable production with no unscheduled shutdowns is a particularly vital production requirement for the automotive industry.

At the Nissan plant in Barcelona, Spain, where the heat treat-ment of transmission parts is centred, problems arose when two radiant tubes in a furnace failed to operate as expected. Tube failures meant that up to three days production were lost each time in that furnace.

The heat treatment shop operates, among others, two gas fired Ipsen double-chamber furnaces with 24 radiant tubes in each. The tubes are installed vertically with the burners at the bottom. The process is carried out at 910–920°C (1670–1690°F) in a nitrogen-methanol atmosphere with a carbon potential of 0.85–1.2%. Production runs continuously with planned maintenance stops three times per year.

The service life of the nickel-chromium tubes originally installed was not satisfactory, sometimes lasting only four months. If one tube failed, production could continue with higher power in the remaining tubes, but with two failures, production must stop for three days to cool down, for tubes to be replaced and heated up again. Alternative nickel-chromium tubes were tested without much improvement. 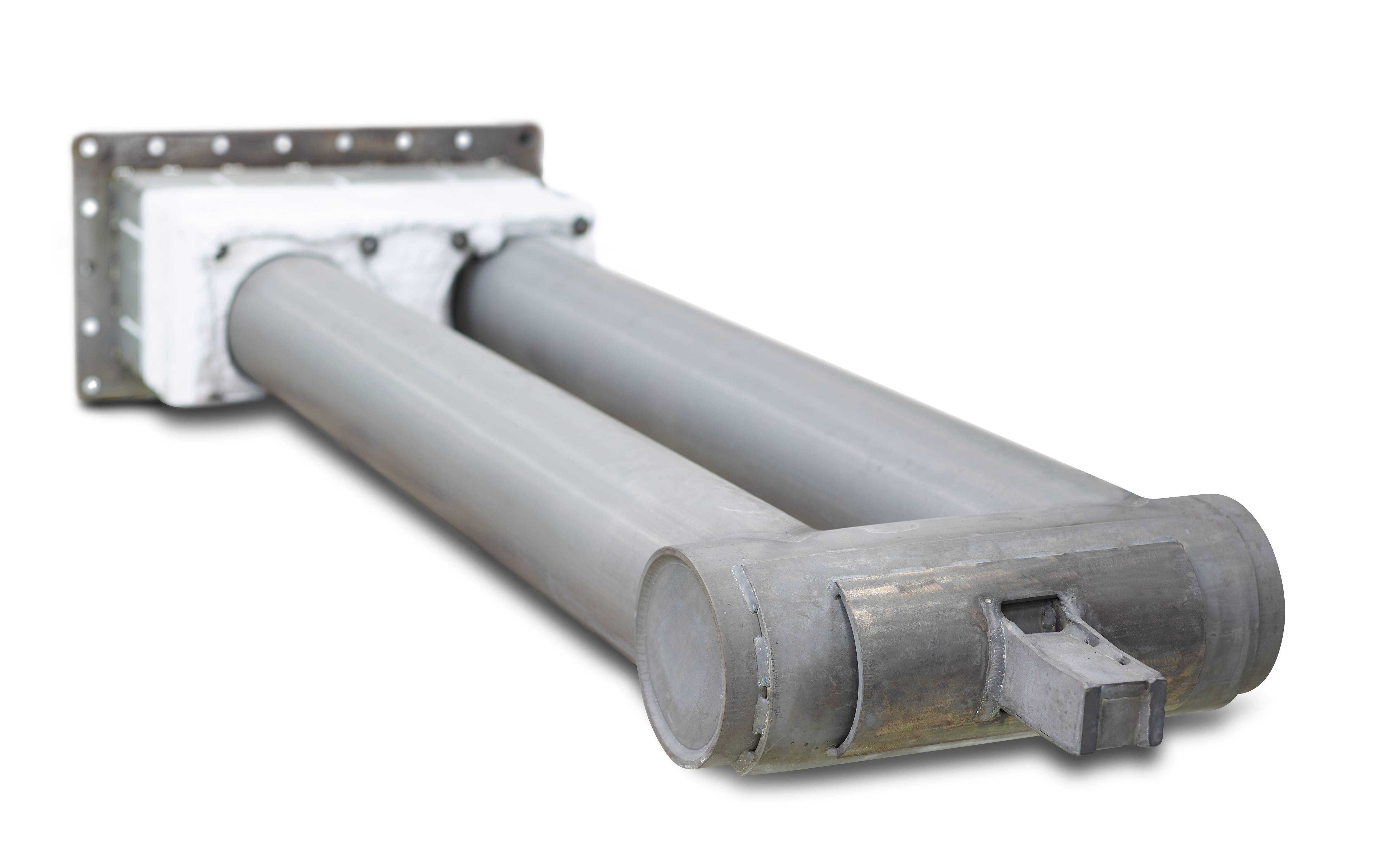 The result is a substantial improvement in furnace reliability. There have been no production stops, and production runs completely as scheduled. The overall lifetime of the Kanthal® APM tubes is about 4–5 years.

Kanthal® APM radiant tubes are manufactured in a powder metallurgy process of the same material as the well-known Kanthal® A-1 resistance heating alloy.

The dense oxide on the surfaces protects the tube from further oxidation and from carbon pick-up.